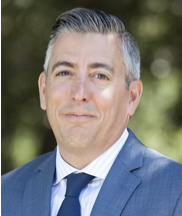 Bradley Davis has more than two decades of senior administrative experience in public higher education in California. He is currently in his fourth year as the chancellor of the West Valley-Mission Community College District in Santa Clara County. As chancellor, he oversees a multi-college district that encompasses both West Valley College in Saratoga and Mission College in Santa Clara. At WVM, Mr. Davis serves over 16,000 students, partners with more than 1400 employees represented by four labor unions, manages the district’s basic-aid financing structure and $225M annual budget, and oversees the district’s billion-dollar facilities construction bond.

Under his leadership, the district has taken steps to waive parking, health services, and childcare costs for students at the two colleges, and recently passed a resolution to waive all tuition and enrollment fees for residents. He has ensured that the district is 50% Law compliant, maintains one of the strongest full-time faculty ratios, and secured clean external audit reports each year. He has been a leader in creating professional development partnerships for classified employees with San Jose State University and developed a leadership academy for rising administrators. He also brought the College of Adaptive Arts, an equitable college experience for adults with disabilities to the district, a first of its kind in the country.

Immediately prior to being selected as chancellor, Davis held the position of president at West Valley College for seven years. As president, Davis created a strong social justice focus for the college by developing several innovative community outreach programs now widely emulated across California. In 2017, WVC was recognized as the top transfer institution in the Bay Area by the state chancellor’s office.

President Davis shaped the college’s commitment to equity and diversity by creating West Valley’s first Office of Student Equity and Success and developed the President’s Commission on Diversity and the Faculty Fellows Equity Program. He also partnered with WVC faculty members to create the college’s first UMOJA Program. The college also developed a partnership with Stanford University to provide a pipeline for diverse doctoral students interested in community college teaching to explore careers at West Valley College. In addition, the college’s first Center of Identity, Exploration, and Inclusion opened on campus in 2019.

Together with West Valley Community Services, the college was the first community college to host a mobile food pantry on campus. The college has been a leader in serving the homeless by offering the first SafePark overnight parking program for students and community members, partnering with the Saratoga Ministerial Association and the City of Saratoga. In collaboration with the Saratoga Area Senior Center, West Valley was also recognized as the first community college in the United States to be certified “Age Friendly” by the Age Friendly University Network.

During his tenure at the District, WVM successfully passed two facilities bond campaigns totaling more than $1 billion. Dr. Davis also generated record-levels of philanthropic interest in the college, raising over $10 million in grants and $7 million in private gifts including $3.9 million from E. Floyd and Jeane Kvamme to build a state of the art on-campus planetarium bearing their name. He also secured three other major gifts to name campus buildings: including the William and Leila Cilker School of Art and Design, the Feng Pei Che Family School of Professional Studies, and the Dick Schwendinger Soccer Complex. In addition, he procured a gift from Saratoga resident Arthur Wang to build the WVC Science Garden Project. In all, chancellor Davis stewarded the construction of fourteen new or renovated buildings across the district.

The district also forged strong relationships with local school districts in the development of dual enrollment programs; Kiwanis International, who host their annual Special Games at West Valley College; the Sisters of the Holy Name, who provide scholarships and support for the college Child Development program; and the City of San José, collaborating with the college to provide free college tuition to San José residents through the College Promise initiative. In 2016, President Davis also established West Valley College’s Community Grant Scholarship program that provides free tuition, books, food, and transportation to approximately 500 students each year. Chancellor Davis received numerous awards and recognitions for his contributions to the social and cultural life of the local community from Saratoga Rotary, Kiwanis International, The United States Navy, West Valley Community Services, Saratoga Area Senior Coordinating Council, the League of Women Voters, and others.

Immediately prior to assuming the presidency, Mr. Davis served as Associate Vice Chancellor at the West Valley-Mission Community College District. He set the strategy for the district’s advancement, public communication, and human resources operations for the 1,400 faculty and staff working at West Valley College, Mission College, and the District Office.

Prior to beginning his career with the district in 2009, Mr. Davis served for ten years in a variety of leadership positions at San Jose State University, where he was most recently the AAVP for Faculty Affairs, and had previously served as the university’s Director of Equal Opportunity. While at SJSU, Mr. Davis secured a prestigious ACE-Sloan grant for Faculty Career Flexibility and served as a member of the CSU system-wide collective bargaining team and was a founding member of the University’s Crisis Assessment and Intervention Team. He taught for years in the Higher Education Leadership graduate program at Santa Clara University and is currently an adjunct faculty member at San Jose State University.

Mr. Davis is a frequently invited presenter on a wide variety of topics for public and state agencies including community relations, organizational development and management, strategic planning, bond and facilities development, fundraising, and intercollegiate athletics.

Mr. Davis holds a juris doctorate from Syracuse University’s College of Law and earned a bachelor’s degree in psychology from Gannon University where he lettered in two NCAA Division II sports, baseball and basketball. A resident of the district for the last two decades, he lives in Foster City with his wife Angie and their two children. In his very little spare time, he enjoys playing and collecting vintage electric guitars, coaching youth sports, and traveling with his family.